For two years, I lived in Berlin with my son Aki and my partner May who received an Humboldt research fellowship. Drawings seemed to me the most practical way to make work while traveling, of people and the impressions I had of Berlin and its political and social climate. We lived in Friedrichshain, located in the former Russian-controlled east. There, there is a palpable ambivalence towards pride of ownership, and the aggressive graffiti, much of it politically and not artistically motivated, dominates the landscape.

Whether real or imagined, I see traces of the city’s postwar divisions, between socialist GDR (DDR) and capitalist FRG (BRD, or Bundesrepublik Deutschland) between 1949 and 1990, visible in the facial expressions, style, and mannerisms of the people who lived through it, and much of what I observed in day to day Berlin city life felt tainted by Berlin's radical history. Cold War relics and scars mark the streets and parks, walls and sidewalks, imprinted in the hearts and minds of its citizens. There is a particularly rough edge to art in Berlin, not only in the street art, but also in its highbrow museums and galleries.

Punk attitude still lingers- particularly in Friedrichshain/Kreuzberg. The police in the former east, once the safeguards of a dictatorial, centrally-planned economy charged with suppressing dissent, today are seen by many political activists as defenders of corporate corruption and crooked politicians.

The German government is notoriously bureaucratic and precise, and German people have a reputation for being orderly and disciplined, and yet, anything predictable and rigid can be undermined and broken. Vast areas of Berlin are covered in graffiti- creative vandalism of private and public property, which I consider to be a transgressive critique of power and the ownership of property by an admirably politically engaged counter-culture. Besides graffiti, the sidewalks are littered with broken glass, defunct furniture, broken bathroom fixtures set out on the sidewalk, and dogshit. Berlin is famous for its messiness- the never-ending construction projects, sex shops, the endless political demonstrations, clashes with police, occupied houses, people getting drunk and high in parks and on playgrounds while the children play, and homeless people sleeping rough.

The German education places a strong emphasis on learning from history, and there are reminders of the darkest chapters in their past scattered throughout the city of Berlin. There are museums and Soviet monuments, ruins and Stolpersteine (stumble stones), in memory of the Holocaust and WWII.

A very thin border separates the people of Berlin and its ghosts. The Wall hasn’t entirely vanished—it has been dissolved into invisible pieces and scattered throughout Berlin. Most of our neighbors in the former east, close to Ostkreuz, rarely, and some never venture west, particularly those who grew up in the GDR, or in Eastern Europe. Unlike most Germans you meet in the west, the teachers in my son’s school speak no English. Their second language, if they still remember it, is Russian, which most claim they learned reluctantly, and forcibly, under a socialist regime. Conversely, my sister in law and her husband hailing from West-Berlin were among the first generation to live in an occupied house in the former East after the wall fell, and yet today, she and her family live back in Western Schöneberg, and came to the eastside only rarely to visit us. In this sense, east and west are in many ways parallel universes, connected by trains, cars, newcomers, tourists, and a troubled and divisive history. 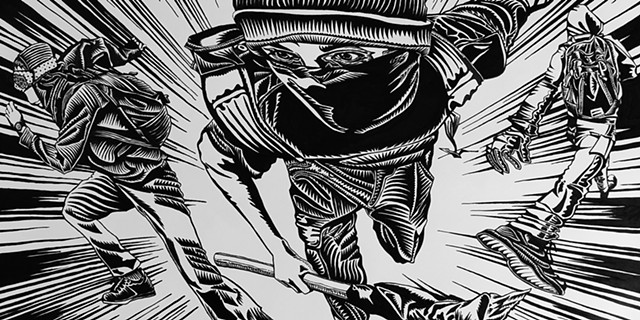 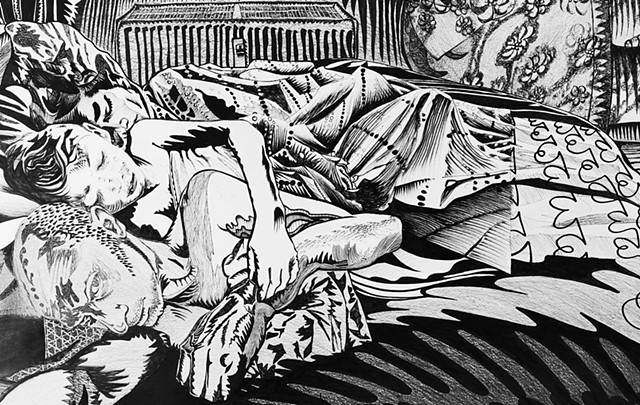 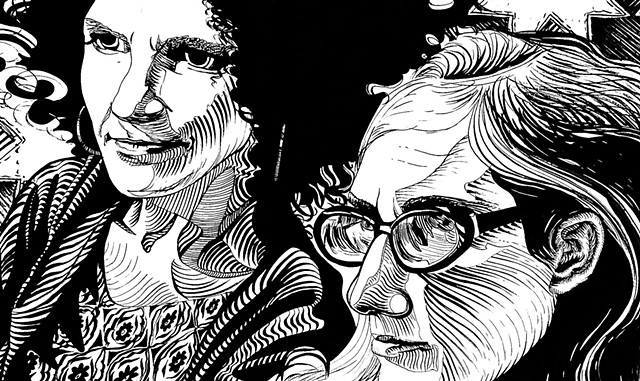