Since 2015, I have collaborated with Matt Lynch, founding member of the collective Simparch, to produce laser-cut high-pressure laminate mosaics that examine subjects such as labor, industry, culture, and nature. For Work/Surface, we revisit the 1933 glass mosaic murals depicting Cincinnati industry labor created by Winold Reiss for the Cincinnati Union Terminal. The images are designed as 4 foot square ink drawings, roughly half the size of the final murals, and then Formica styles and colors are selected for the thousands of shapes. The Reiss murals classically positioned heroic male workers, offering an propagandistic display of early twentieth century labor, as was typical of murals from that era. Like the 1933 Union Terminal Mosaics, we gather our reference material by visiting factories in and around Cincinnati. What is different is that our mosaics reflect the transformation that blue-collar work in the U.S. has undergone since the first half of the 20th century, and a change in attitude. Industrial labor today is characterized by stark differences and tensions, having become more automated (though not always less arduous or safe), impersonal and precarious, at times unsupported by unions. 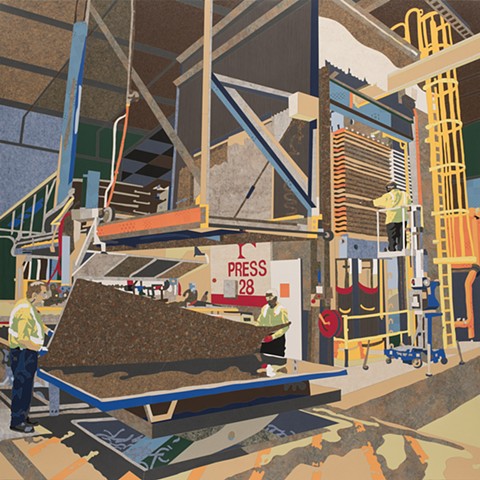 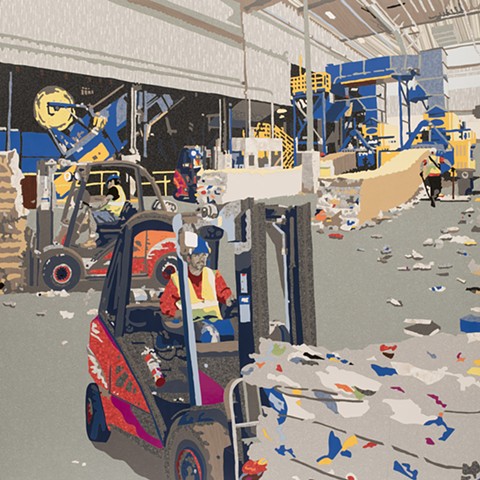 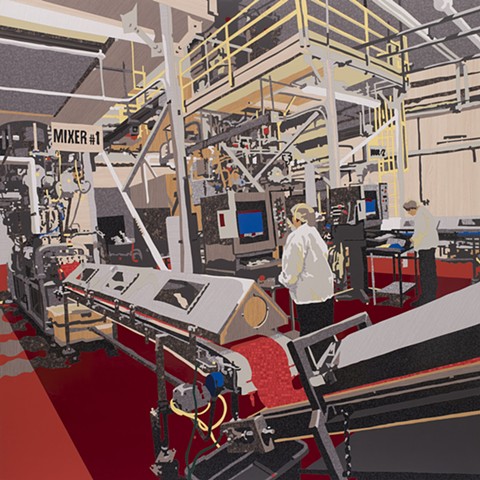 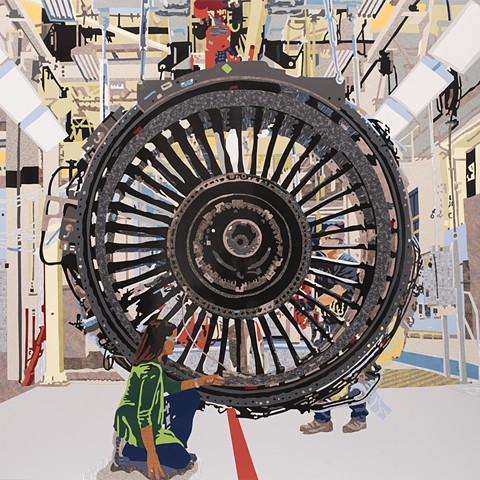 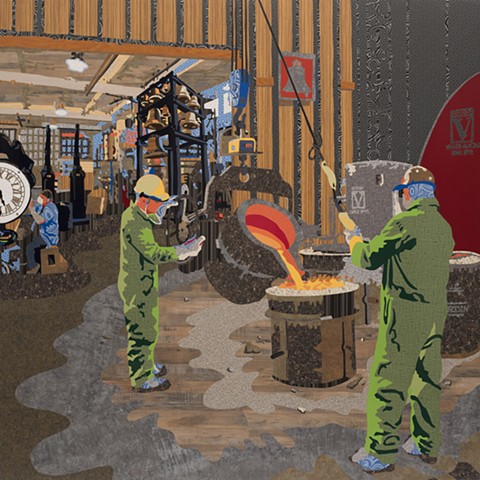 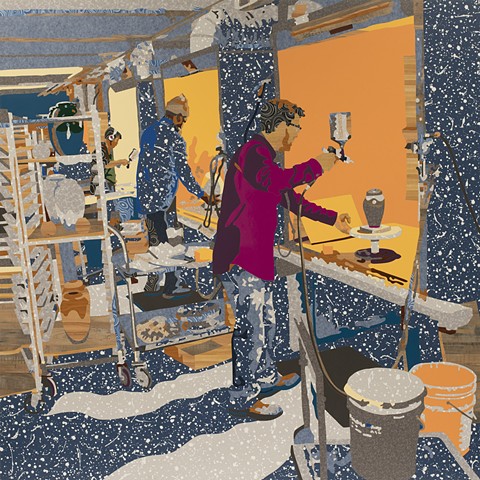 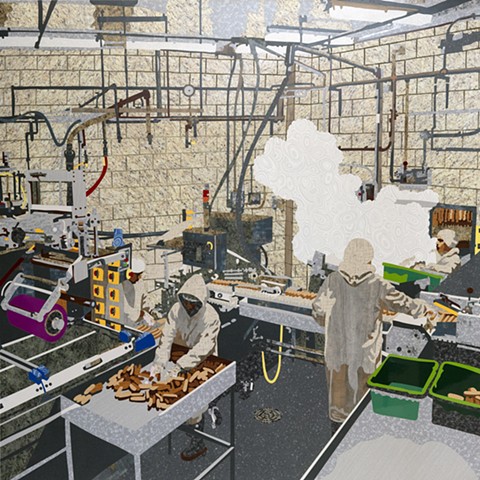 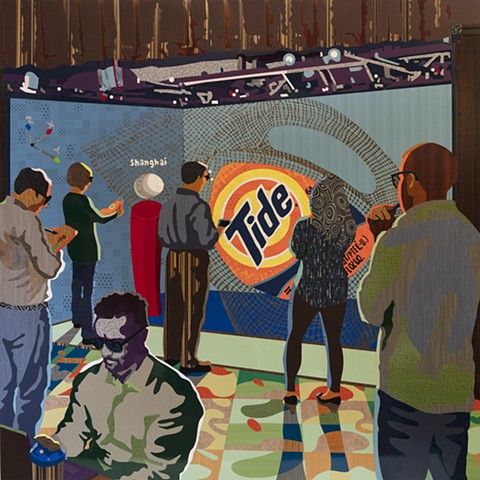 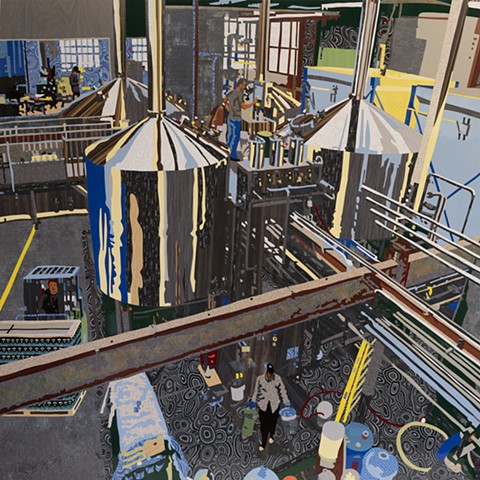 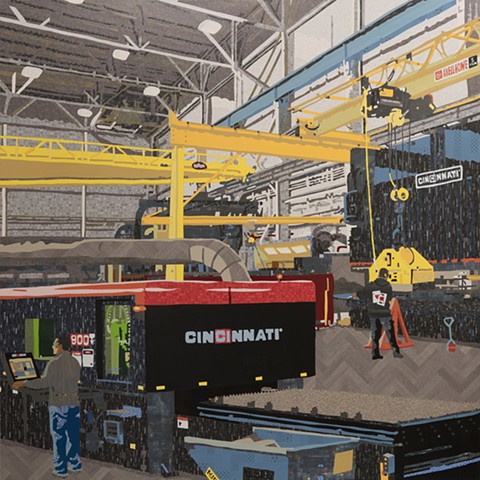 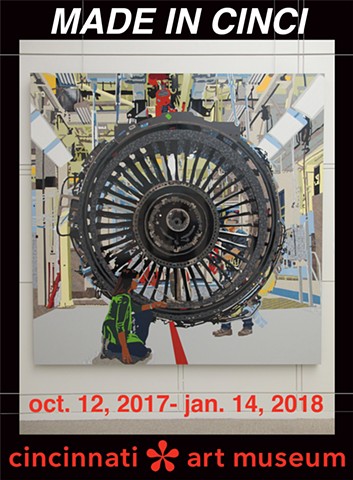 Poster for Made In Cincinnati, Cincinnati Art Museum
poster 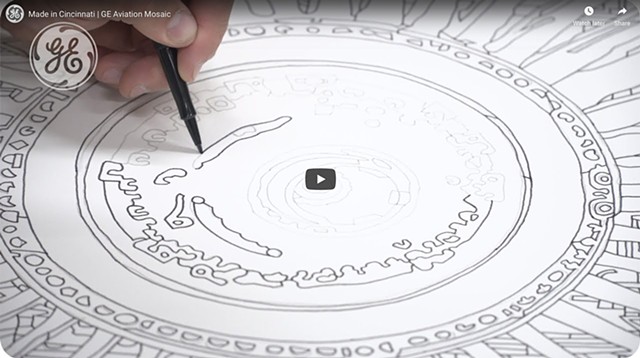 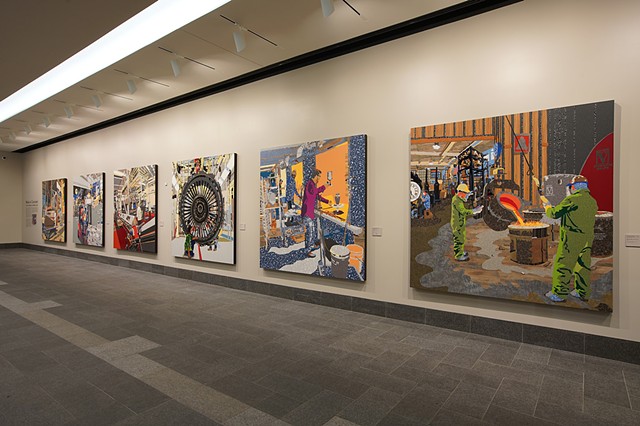