Working Surface, a collaboration between Curtis Goldstein and Matt Lynch, is modeled after children’s magnetic playsets. Situated on a hill overlooking the Ohio river valley and Cincinnati skyline at twilight, a factory is cutaway to reveal a complex interior of pipes, tanks, and vents. Using repositionable magnetic Formica laminate figurines of workers and machinery, visitors can arrange their own industrial dramas. Images were sourced from photographs taken by the artists during factory tours—research for their ongoing project Work/Surface, which depicts Cincinnati Industry in a series of mosaics built from laser cut Formica laminate, a world-recognized product invented and still produced in Cincinnati. 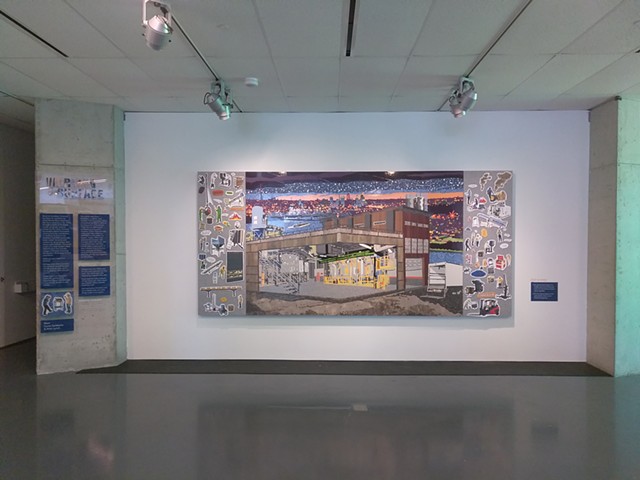 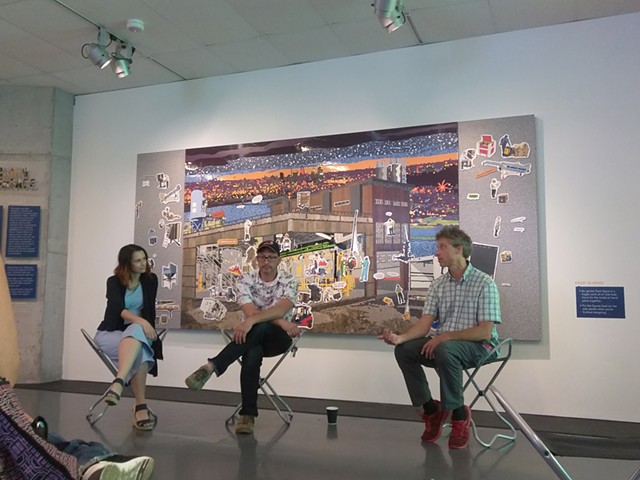 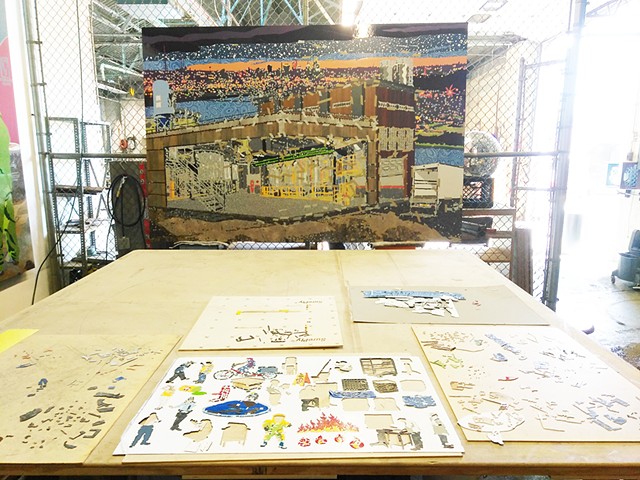 working surface in the studio 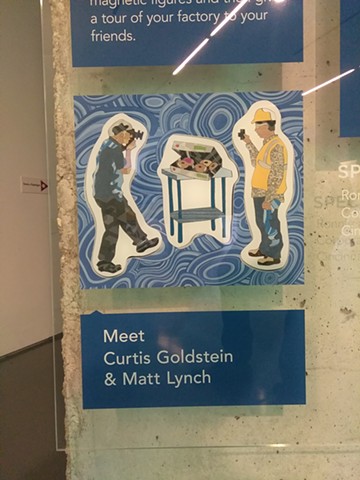 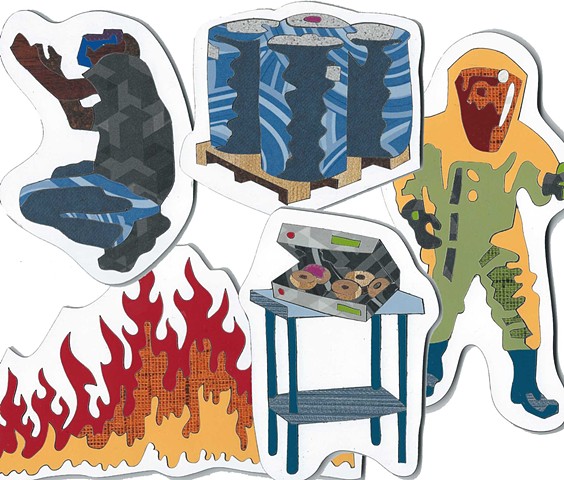 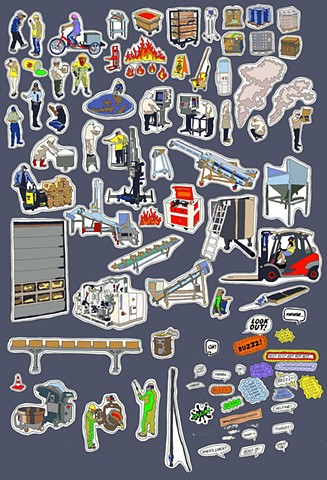