Our working title for the cabinet project is Upper and Lower Paleolithic Kitchen Cabinets. The name (and the use of kitchen cabinetry) riffs off Chris Voorhees' and Simparch's Uppers and Downers (2012). Also, the Lascaux cave complex houses Upper Paleolithic art, which is understood to be among the earliest known forms of interior decor, while Formica laminate, as manipulated by our technological process, is among the most recent. This is the first cabinet in what will become a complete (cave) system of kitchen cabinetry, complete with counter tops, and a Lower Paleolithic cabinet, filled with stone kitchen tools.

Like Marcel Duchamp’s Ready-made urinal in 1917, we share among many artists working today an interest in turning everyday objects into art, subverting the sacred status given by art historians and absurdly inflated commercial value given by collectors to art objects. We believe Upper and Lower Paleolithic Kitchen Cabinets takes this subversion to the extreme, by synthesizing the common domestic interior object with perhaps the most historically "sacred" art object of all- the famous Hall of Bulls in Lascaux, France, supposedly from which all western art has descended, and believed to have been truly sacred to the people who painted its cave walls 20,000 years ago. Further, on two levels we perform an inversion of Duchamp’s urinal—by applying laborious craftsmanship to the objet d’art, and by not appropriating but making a truly functional object. 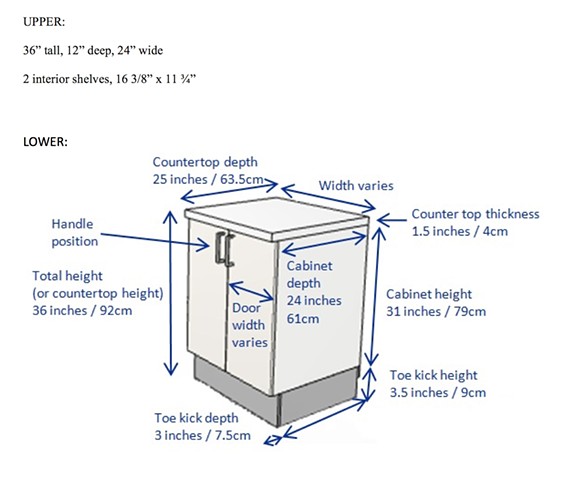 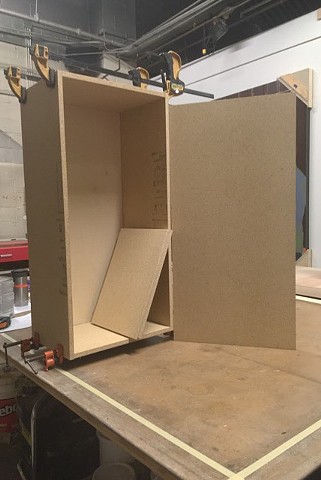 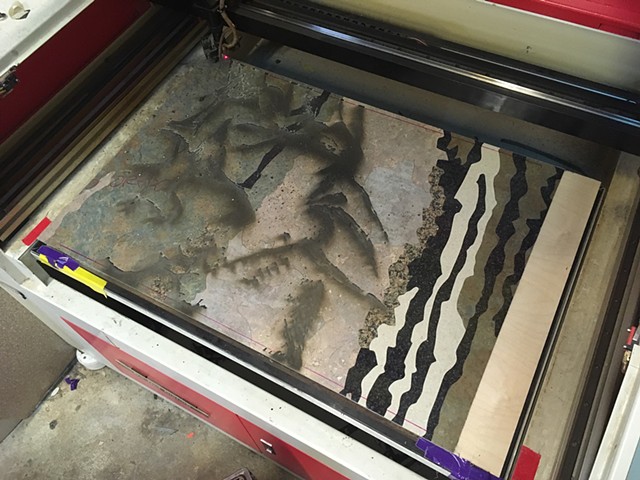 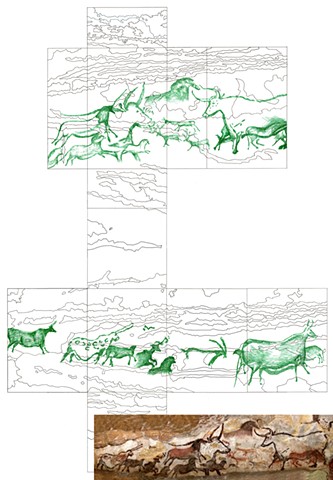 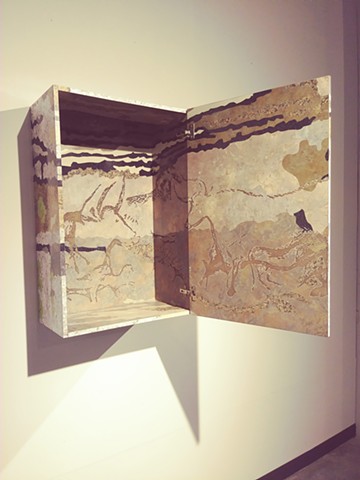 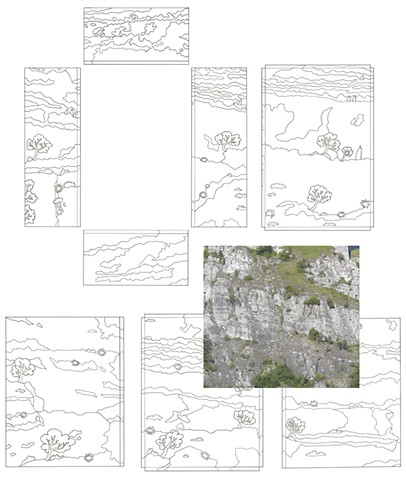 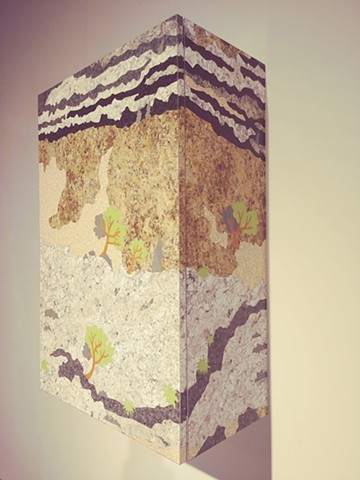